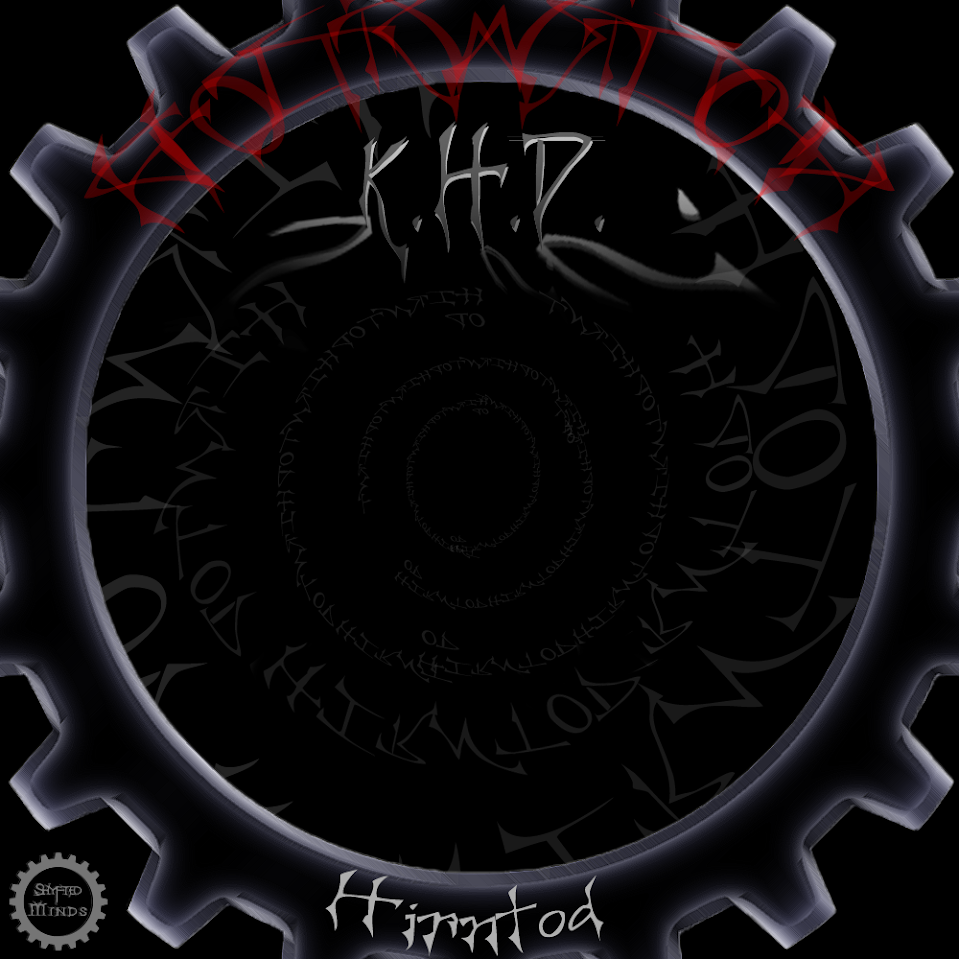 It’s epic fantasy on the dance floor! Who said European folk music is dead? Well, I haven’t heard it… but most were surely thinking it. And, okay, there’s also a darker-styled track and some thing more reminiscent of the melodic Enzyme records sound, and they’re totally worth your time too. Click the image above to pay what you want for this five track release, which includes collaboration with Shyft, DMT, and MissCyainide!

We’re getting pretty close to Shyfted Minds’ one hundredth release… I wonder what happens then. 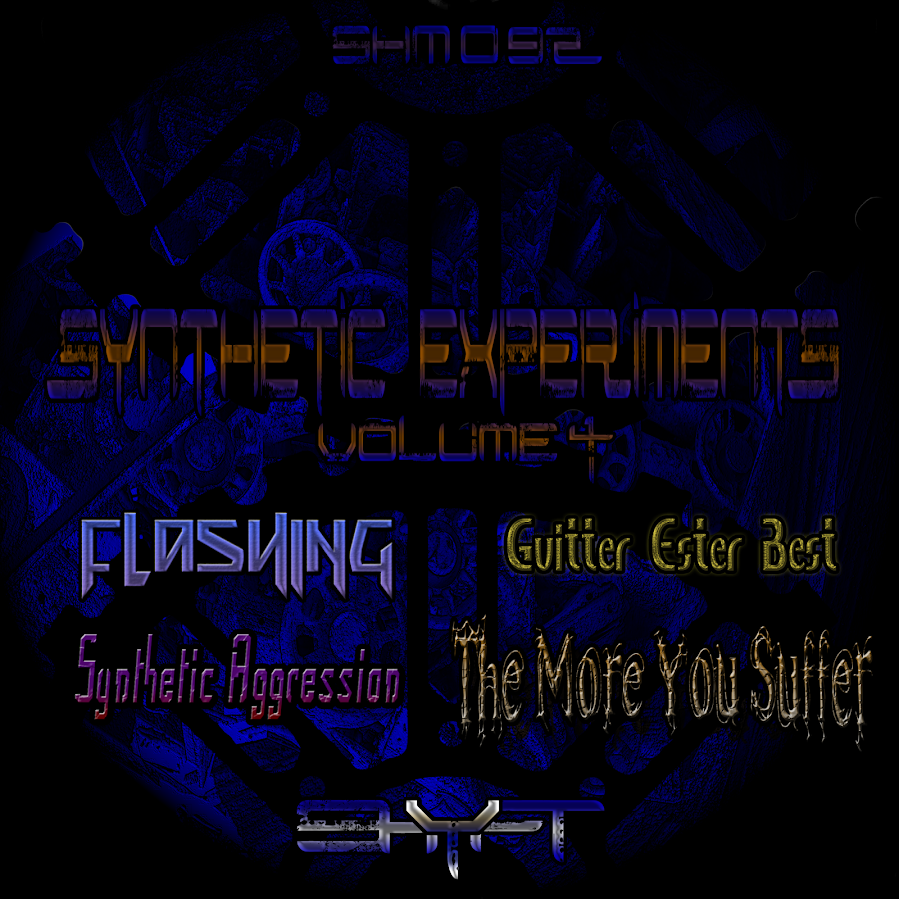 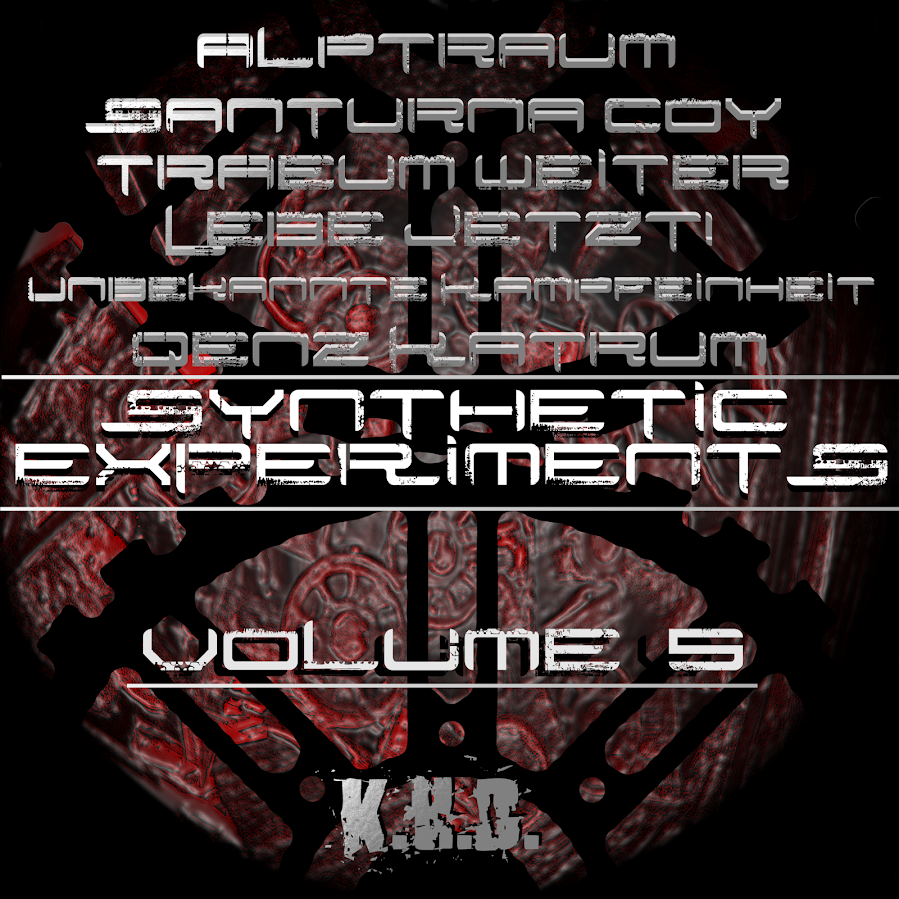 Yep, Shyft’s fourth installment of Synthetic Experiments is finally available!  SLOW BUT SURE.  RIGHT?  And, as a special treat, K.H.D. has made his first contribution to the Synthetic Experiments project, and this fifth volume is also now ready to be heard!  These two stand out in other ways, though: they are being released on Bandcamp early, before retail releases, and they are both available on Bandcamp for FREE.  Money is accepted and appreciated of course, but you can input an amount of zero to bypass payment.  I still want Shyfted Minds to be remembered as offering free music, and, with this Shyft release being one of the least DJ friendly to date, I’d really like to make sure that people just have the chance to have and listen to the unconventional oddness when ever and where ever they please.  Hit the images above to get your cyber fingers dipped in to these!

Shyft’s release will hit digital retailers on May fifth and K.H.D.’s will hit may ninth.  Since Bandcamp is right here, this is mainly important for Spotify streaming, I imagine.  Speaking of other outlets, click here to see K.H.D.’s video for Lebe Jetzt!.

Stay tuned!  Scorpyd also has a new release in the mastering phase, Shyft has two other Synthetic Experiments volumes near completion, one focusing on psychedelic trance influence and the other on industrial horror atmospheres.  He’s also reviving an old, instrumental epic within the realm of Red Ankh…

From the finger tips of the great K.H.D.: 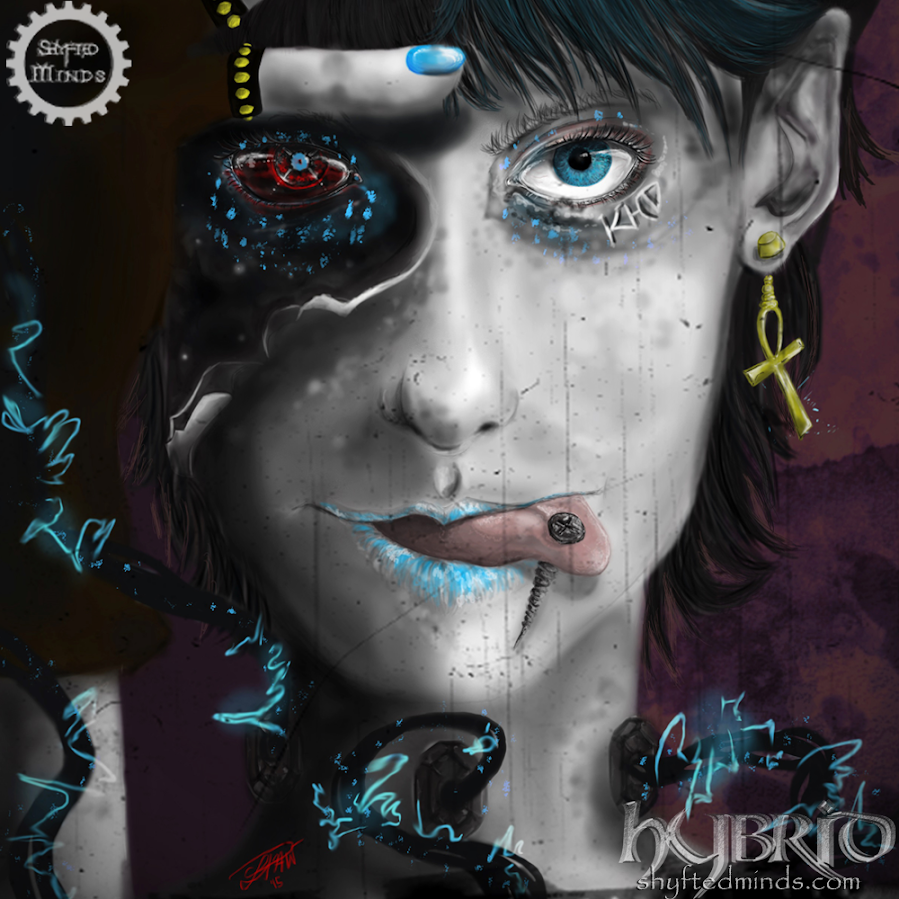 Click the cover image above to go straight to this free master piece. It is most excellent!

In other news, Predaking and Shyft have both been sick, so there have been delays on the new Predaking release and Synthetic Experiments 4 and 5 (which are both pretty close to being finished, damn it!). But, hey, slow and steady is how we roll around here. Such is the life of the committed rock non-star. 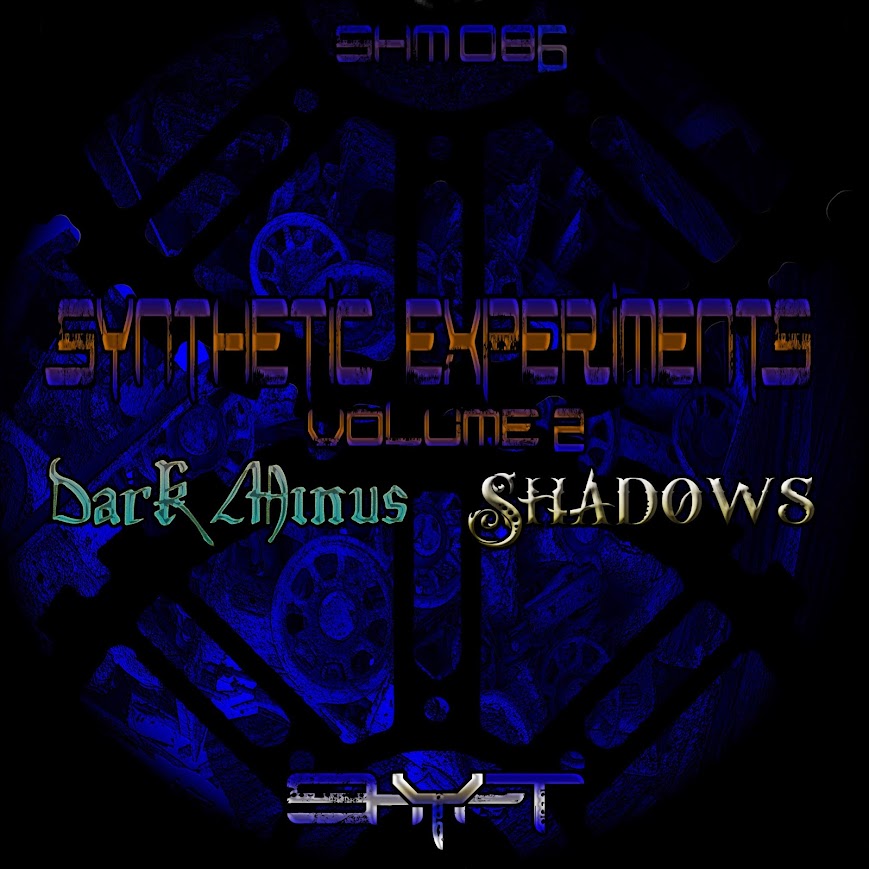 Some sort of time warp brought us to catalog number SHM086. I think that there was supposed to be a K.H.D. number in there? Don’t worry. Well get back to it when the wiggly time is right. Until then? Enjoy this new release from Shyft! The experimentation continues with these two tracks brewed from hard edged darkness and wide-eyed strange-iosity. Click the cover image above to have a listen and a down load. It’s cheapest there, but you can also reach it through major digital retailers, and, like, stream it on Spotify and junk. In case you missed it, Volume 1 is still hanging around too.

This time it was dark and vicious again. For next time, expect some thing different. During the second week of October, a brighter, more uplifting set of experiments will be storming the gates of audio paradise, and this time around there will be three tracks, the third being an ethereal gabber piece in multiple movements. Hardcore has been ripping off classical anthems for years, so who says there’s no room for an original piece that progresses through stages as such? Stay tuned, and scream, if you like cookies. 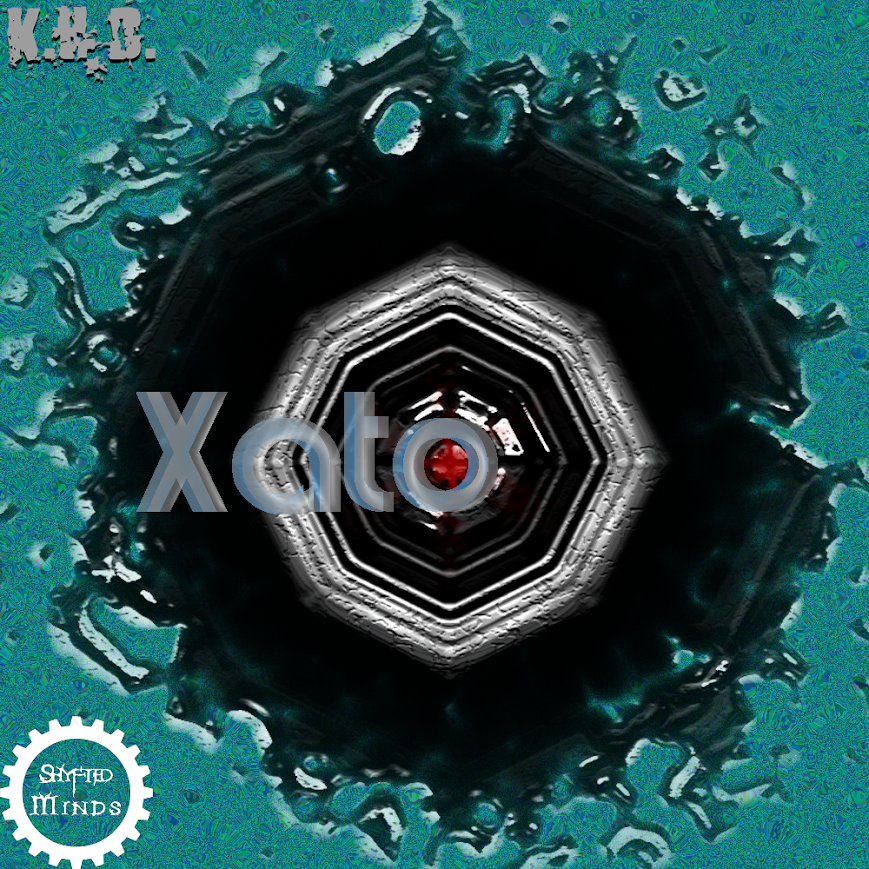 Click the image above to get this release’s seven masterpieces from K.H.D.’s Bandcamp page for free, or pay him what you think it’s worth! Money or no money, this one is definitely worth a listen. Not at your computer? Well, steam it from that page at least. Would ya!? 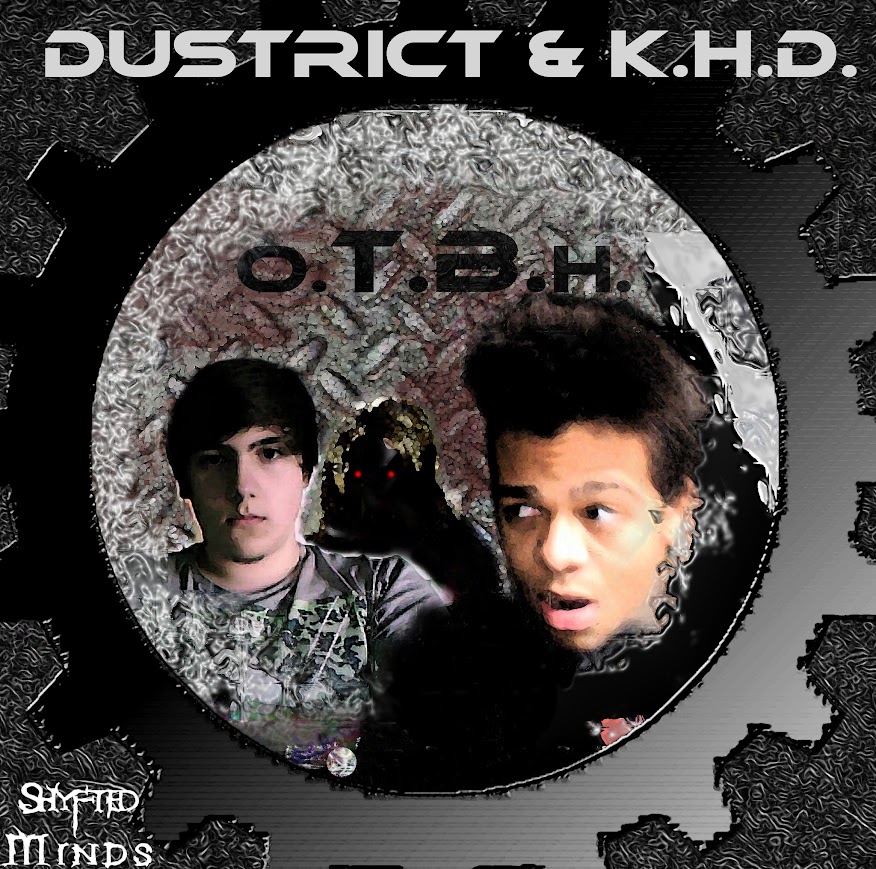 We have all been rather busy with our regular lives here at Shyfted Minds lately, but K.H.D. and Dustrict managed to pump out this two original, two remix track EP for your listening pleasure! Click the image above to stream and acquire it in your choice of digital audio format.

Shyft is struggling to find the time and patience to tweak the mix of and master Predaking’s new album. I’d wager this week or the first week of next month will mark it’s completion, but time keeps slipping away lately. There is still Johan Jello’s new EP to master and release as well!

In other news, physical merchandise such as shirts, stickers, and select physical CDs should be available soon through the Shyfted Minds website. If you’re clever and determined, you should already be able to find them on your own!

This guy’s dark hard core is outstanding. Listen well, dance hard, and add this great work to your collection! 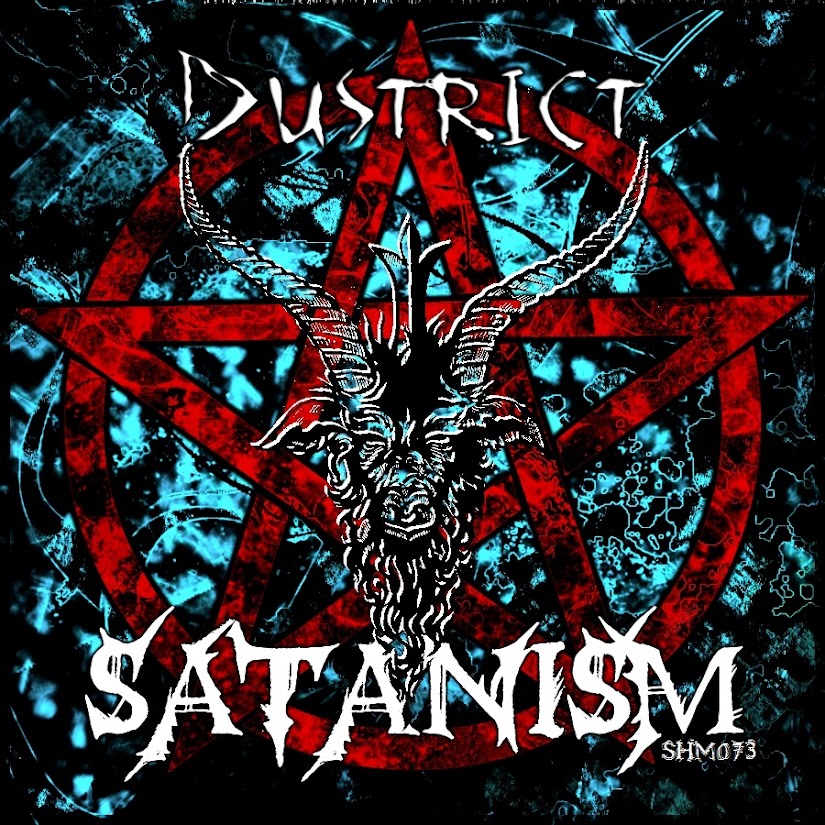 Huzzah! A new half darkcore and crossbreed/half nu-style album (above promo mix courtesy of K.H.D..  Shyft feels so accomplished, finally back on track. Get your copies and/or stream the full album here and be sure to read the album description!  Again, I’m asking for a few dollars for this one on Bandcamp, and, if you think it’s worth more, please modify payment to suit.  The title track is available for free (no minimum)!

Shyfted Minds is hosted on a registered domain now, which costs money, and, if my work isn’t valued in this way for much longer, I won’t be able to justify pouring so many hours of the day in to it any longer- which is sad!  But alas, adult humans gotta feed their selves.  Asking for help is difficult for me, and asking for money makes me feel like kind of an ass hole.  If you agree, look the release up on The Pirate Bay or Gabber.od.ua in a couple of days or so. 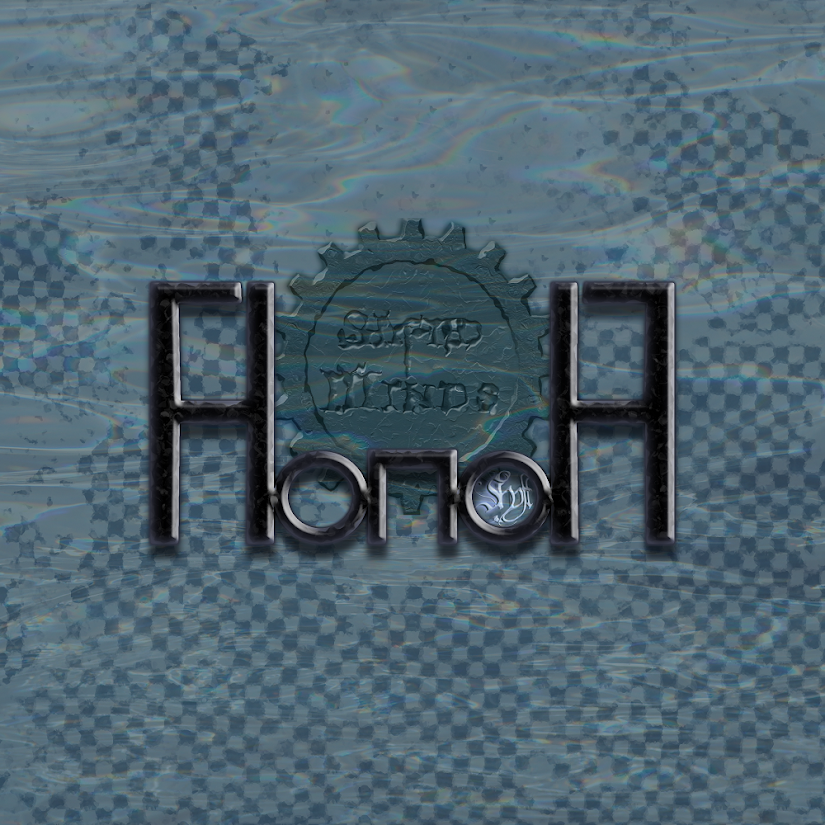 The album is almost ready. Here is a preview of some of the tracks!