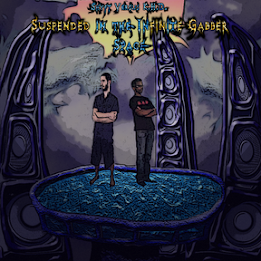 From SHM003 to SHM063, here comes a new bangin hard core album! It features four new tracks by Shyft, four by K.H.D., a remix of Shyft’s track ‘The Drop Out’ by K.H.D., a remix of K.H.D.’s new mega-tune ‘Tool of Evil’ by Shyft, and three collaborative tracks by the both of them. It also has a bonus ‘disk’ holding remastered versions of K.H.D.’s tracks ‘I Want the Truth’ (previously unreleased on Shyfted Minds), ‘What About Me?’, and ‘Sever Their Communications’, the last of which has also been reworked to include a deeper complexity. Click the image above for free down load, and watch the promo mash up below for a sample of what you’re waiting for.

Also, the new Shyfted Minds Internet home is now fully functional.  A couple of the artist bios need updating, but other than that it’s all in full effect.  Take a look around!